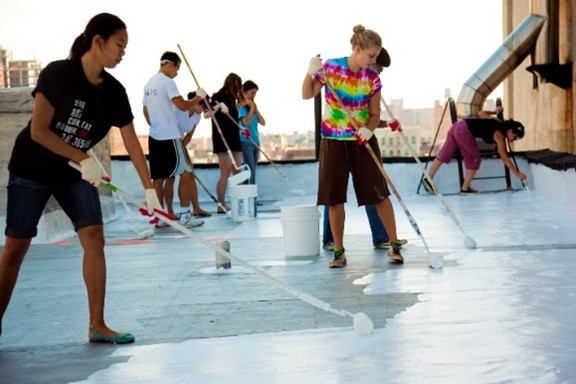 In 2021, Jandaghian and Akbari published “Increasing urban albedo to reduce heat-related mortality in Toronto and Montreal, Canada.“  The authors reported that Toronto and Montreal experienced 120 heat-induced deaths during three heat wave periods and concluded that increasing the reflectivity of roofs, exterior walls, and asphalt pavement would save 3% to 7% of heat-induced deaths.

In 2022, Kalkstein and others reported that “extreme heat causes more deaths than hurricanes, floods, tornadoes and lightning combined; more than 7800 official heat-related deaths occurred in the USA from 1999 to 2010”.